We provide a MIDI playback function module, it can be specified on the buzzer PWM output, thus playing out music, although you may not need to know this.

Well, without further nonsense, click on music, the board has been pre-connected to a built-in buzzer, its pin position is 25.

A side note: don't install a piezoelectric buzzer. It only plays a single tone.

You can see the following list, which is our built-in music.

Pick some out and listen. There should be something you like

Create a song of your own

How do you understand that?

Each element can be thought of as a note whose format follows:

The first step is to have a little basic understanding of music theory.

Duration refers to the number of duration of notes played by the node.

If you name the node NOTE R then the speaker won't play any sound for the specified amount of time.

To explain this, let's look at the case in the following chapter.

Music racket positioning module is the default for ticks = 4, BMP = 120, ticks refers to the beat of a note type default values, such as: 'C4 and ticks = 4, equivalent to' C4:4 ', means that the node under the benchmark of BPM broadcast duration, and BPM refers to the number of beats per minute, it is dependent on the use of electronic music the discretion of the BPM value to describe the rate of different music.

You can look at the code and see what's going on

In order to play the classic two tigers on the board, we prepared the following code.

And the magic is not only that, it can further simplify the composition process, for example, the current node 'c4:4' will affect the octave configuration later, until a new replacement. So you can write it like this:

Does it have the same effect?

In addition, in this case, the range function is used to generate the value of a number that defines the pitch of the pitch, the starting value, the ending value, and the gradient value. So the first range here means. Create a frequency value that starts at 880 and increases to 1760 in 16 spans, while the second range says create a 1760 that decreases to 880 in 16 spans. This allows us to make one up and one down sounds like a siren.

And finally, we used while Ture: it will let the siren go on and on. Isn't that interesting?

Ok, that's all, this chapter is over, hope you can learn something!!!

Do you find that the sound is a little bit low when playing music on the board? Here I will introduce how to connect the board to the sound system and play music with the sound system, as shown in the figure below 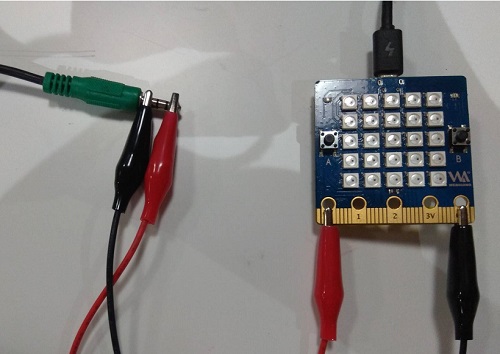 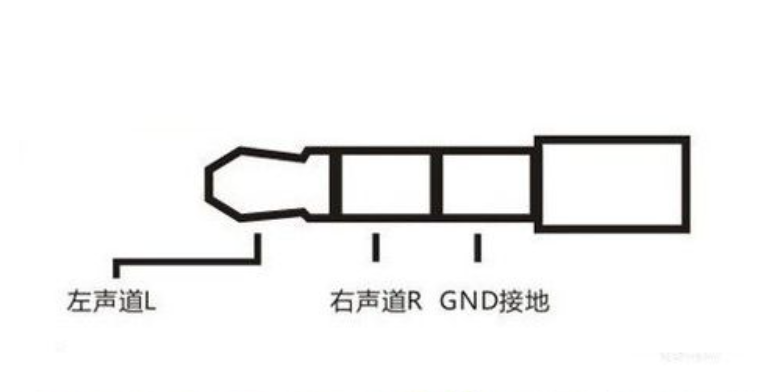 Those of you who are new to the music format may be confused. Is there a way to get the score quickly? Some net friends specially made a conversion tool, can automatically generate audio format data. Let's try using this tool to generate music data that can be played on the board.

This tool is made by fizban99. https://github.com/fizban99/microbit_rttl

Unzip all the music source files you downloaded, and when you're all set, open the excel file we downloaded earlier and you'll see something like this

Click Open RTTTL tune file, it will automatically pop up the file manager, find one of the files we just extracted, select the music file to convert, and click Open 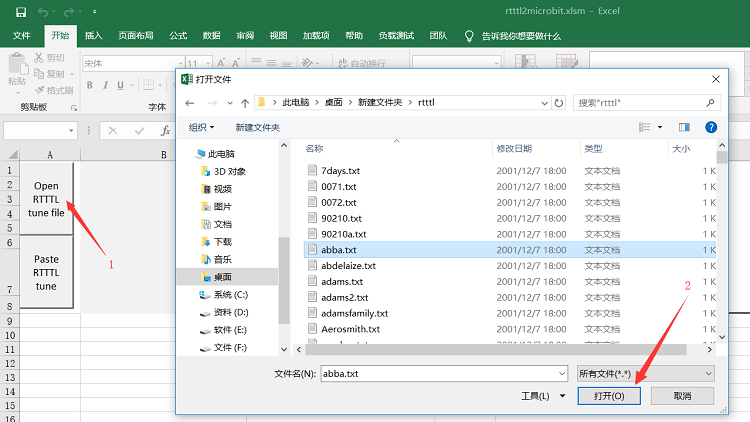 After completing the above steps, we have completed the conversion. Click play to play the music file. Note: the Copy code here cannot be used, but it is gibberish

Copy the translated code, you can let the board play music: