How to control the board's input and output!

IO in the computer refers to Input/Output, namely Input and Output, referred to as IO port. 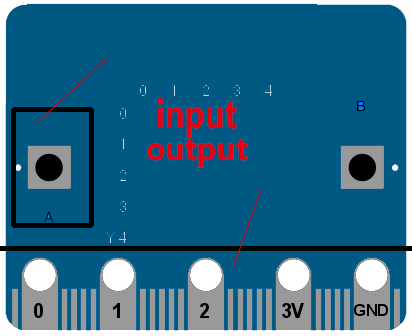 We want to touch the pin of the board and make it respond accordingly, and it looks like a shy little girl.

At this time, you need a hand to touch the pin of tag 1, you can see the board from sad to happy, if you release it, it will change the expression, is angry?

The procedure is explained as follows:

On "pin1. Is_touched ()" repeatedly run to determine whether or not the pin is touched. (principle is ADC sampling)
It runs and returns True, which shows a smiley face, otherwise it always shows a bitter face, so it will feel sad when you don't touch it. (and so on! What kind of shyness is this!!!! )

The running effect is as follows:

It should be noted that since we have static electricity in our body (hands), it may be electrocuted and cause its expression to twitch sometimes.

lamp ON or OFF

When we first started, we had already learned how to control the changes of LED lights on the board, but it was all done by others. So today we will have a try. How did others do it? 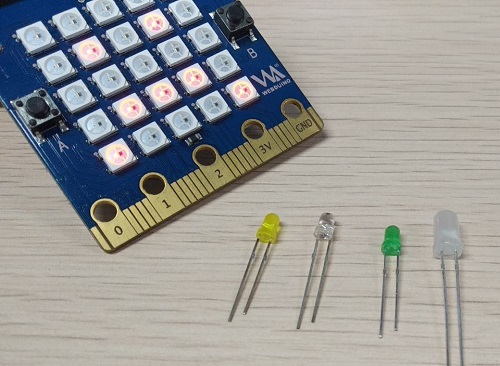 This lights up a light (pay attention to the positive and negative), but the light is not controllable, it will only light up, not out.

I wanted to take another lamp to connect it for comparison, but I found a problem that the other lights were too short, so I changed the following. I used our headlight to control, and it can be seen that the lamp will not be on at this time. 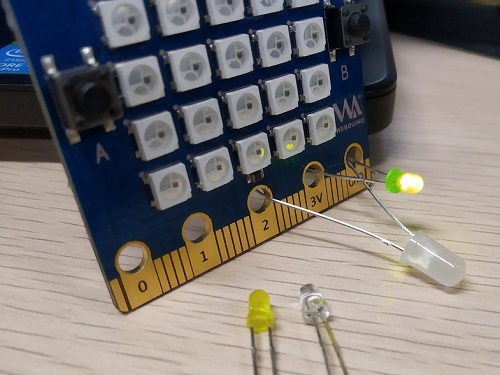 So let's control its on and off by the following code, you can see in the picture I used pin2 pin to control.

Now I use the Pycharm + Mpfshell plug-in to run this code.

You can see it lights up, so that means we can control the light, is that consistent with the initial tutorial? 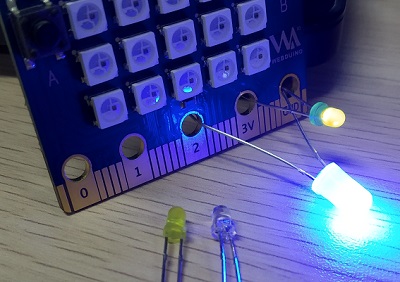 So let's add a Blink effect this time, using the following code.

Let me explain the procedure:

Use pin2 pin to output 1, which will make the LED become high level. Simply think that this pin has voltage, the effect is equivalent to directly connected to the positive pole of the power supply.(the potential difference between the two pins should be understood in principle)
Light it up first, namely pin2.write_digital(1), and then use sleep(200) to rest the board for 200 milliseconds.
Then you put it out, which is pin2.write_digital(0), and rest for another 1,000 milliseconds, or one second.
Do it all over again.